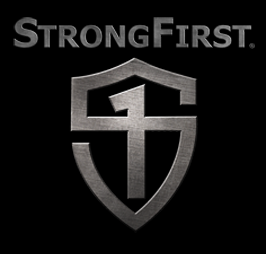 I’m pleased to announce that BKC is now a StrongFirst Gym!

What does it mean to be a StrongFirst Gym?

It means that our facility, and our instructors, have met the very high standards that have been set by StrongFirst to receive accreditation.

StrongFirst is a school of strength that offers classes, workshops and certifications in kettlebell, barbell and bodyweight strength training.

Pavel Tsatsouline, the “father” of the modern kettlebell movement, created StrongFirst. A former Russian Spetsnez instructor, Pavel (re)introduced kettlebells to the west with his book and original certification, the Russian Kettlebell Challenge in 2001.

Since then the kettlebell has become somewhat mainstream fitness, however, most people use it incorrectly.

Who is to say how to correctly lift a kettlebell?

Well, StrongFirst and those of us who can pass the grueling 3 day SFG certification.

Those of us who can not only effectively teach kettlebell specific moves, but write workouts using just a kettlebell.

Those of us who can train others to hit major milestones like a 5 minute snatch test, Rite of Passage, 1/2 bodyweight press and Sinister.

We at StrongFirst are the authority on kettlebell lifting for strength and fitness. If you don’t know, you better ask somebody!

My Intro to Kettlebells and Meeting Pavel

My introduction to kettlebells came through a muscle magazine somewhere around 2002-2003. Pavel had written an article about Russian military training involving rope climbing, pistol squats and kettlebells. 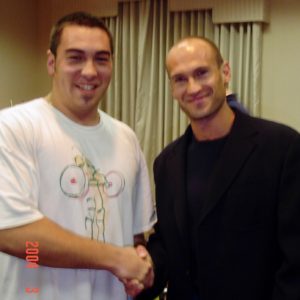 There wasn’t much on the internet at the time about kettlebells. However, there were a lot of barbell men who blindly opposed them. So I remained skeptical, but I continued to read everything I could find about these strange looking weights.

Then I met Pavel at the Arnold Classic in Columbus OH in 2004. The first words we exchanged was him asking me how I did a particular lift – a one arm zercher deadlift I was messing around with.

I remember thinking how cool it was that this big time military trainer and author was asking me lifting questions. I would later come to find that Pavel walks his talk and is truly a “student of strength”.

Later on I took the opportunity to pepper him with kettlebell questions. He graciously answered all of my dumb inquiries that I’m sure he’d heard a thousand times before. 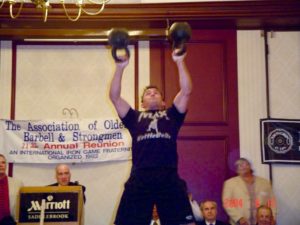 I walked away thinking of how to convince my wife that I needed to spend more money on more weights.

As it would turn out, I didn’t have to convince her. A few months later we were at the AOBS dinner where there was a kettlebell demonstration. Jess was impressed enough that she actually asked for kettlebells for her birthday!

Fast forward to September 2006 and I’m in St. Paul Minnesota earning my first kettlebell certification. The RKC was the precursor to StrongFirst.

Although a lot has changed since then, just as much has remained the same. The core curriculum is the same and we still draw the brightest minds and the most accomplished athletes in the strength & conditioning community.

I met many people who I have the utmost respect for at that first RKC. Brett Jones was my team leader. Doug Nepodal was my roommate. Mark Reifkind got promoted to senior instructor. I sat next to Geoff Neupert at dinner. Steve Maxwell led the grad workout. Jon Engum did high kicks. Steve Cotter did jumping pistol squats onto a picnic table. 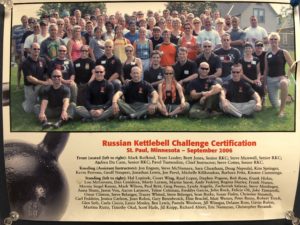 It was an amazing experience I’ll never forget and it set me on the path of being a kettlebell instructor.

I recertified with StrongFirst in 2013 a few months after it’s inception.

There was a very genuine feel to this organization and remember being especially proud to be part of it.

Mike Rendle was my team leader, Mike Linder my roommate and Kenton Boutwell my training partner. 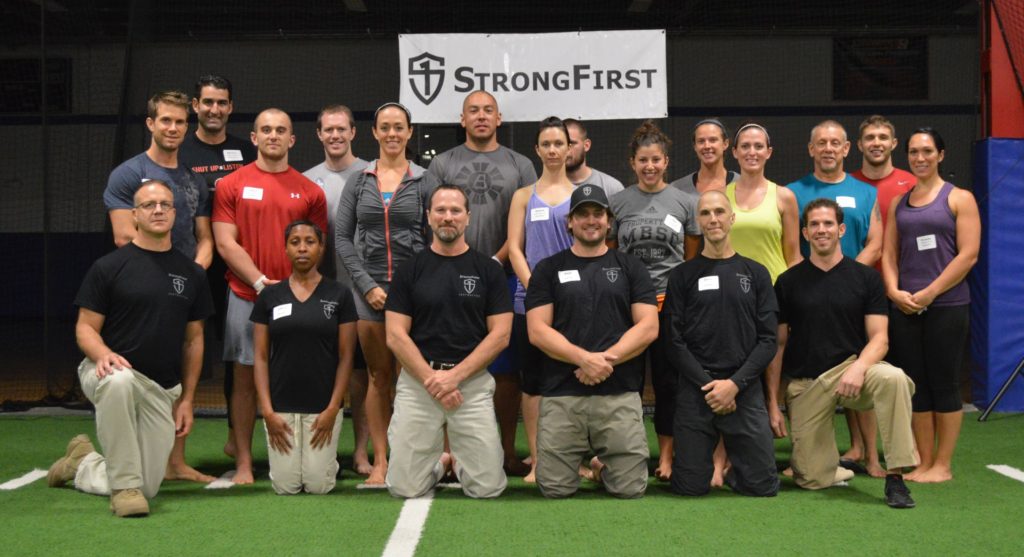 During the certification I got picked apart because I had some kettlebell sport in my technique. Not necessarily wrong, just different; and I should have known better.

It was both humbling and rewarding. The experience reminded me how much I like to be coached (and how much I needed it).

I decided then that I would maintain my relationship with StrongFirst. Having 5 kids and having just opened a gym, I knew it would be difficult to get away for certifications but I felt like it was something that I needed to do. 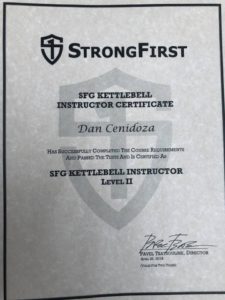 I took the SFG2 in 2016, thus earning my place as a level 2 instructor a full decade after I first got certified.

It was at the DOME in Chicago and was nearly overwhelming. There were 3 certifications going on (SFG, SFG2 & SFB) and 5 Master Instructors there. Some 200 trainees. It’s crazy, but awesome!

I was much better prepared for the SFG2. I had no problem passing my strength test, level 1 drills or adapting to the techniques that were being taught. 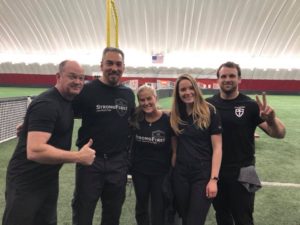 I would go back to the DOME in May of 2018 to assist at the level 1 certification under Master Instructor Karen Smith.

I had assisted at a certification only once before and to be honest wasn’t too fond of it. This was for several reasons which I won’t go into here.

However, this time was different. I felt a part of the team and like my experience and ability to coach was valued.

The pride that I felt when I took the SFG certification was doubled when I assisted at a cert. Suddenly I had another new appreciation for StrongFirst.

One month later StrongFirst announced their accreditation and immediately I knew it was something that I needed to do.

Future as a StrongFirst accredited gym

What does the future hold for BKC as a StrongFirst accredited gym?

First of all, you can expect that we will maintain the core values:

“I AM A STUDENT OF STRENGTH”

“STRENGTH HAS A GREATER PURPOSE”

We will maintain the highest levels of competency in our training. Never sacrificing technique in favor of more weight. Always striving for integrity and leading by example.

The StrongFirst community is now another extension of our BKC family. The same camaraderie we share here will be felt at any StrongFirst event, I assure you. 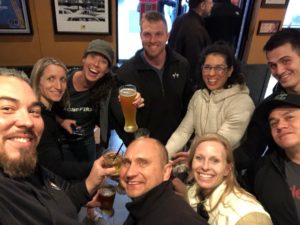 As for now, let’s get ready for the Tactical Strength Challenge