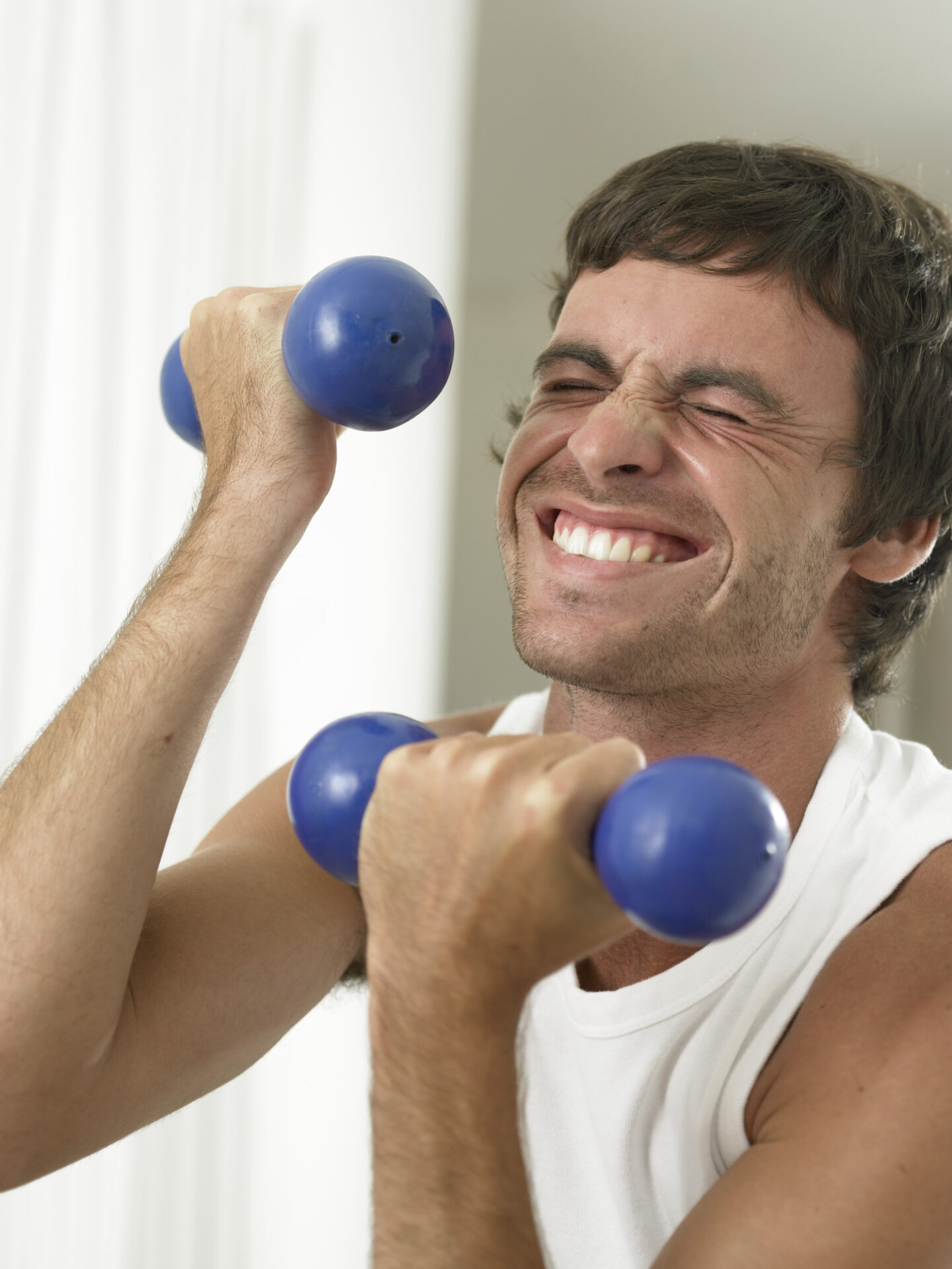 I recently trained a group of seniors that reminded me of a lesson I learned long ago. The lesson is that “intensity” is something that doesn’t come naturally for most people – it is a learned experience.

It is an important lesson too because you cannot gauge the effort you put into your training if you don’t know what you are capable of. You think you’re working hard but you’ve never truly stepped outside of your comfort zone. The fact is most people do not have any idea of how strong they are (or could be) so time spent challenging yourself will pay in dividends.

The first 5 weeks is all about teaching the proper form and building up the reps. Week 6 is a test week where I tell them “try a heavier weight” or “do as many reps as you can”.

Now I’ve been doing this long enough where I can estimate peoples weights with a high degree of accuracy. Even more so, I can tell when people are putting forth effort / intensity and when they are quitting mentally.

So when I suggest “try a heavier weight” its not out of blind enthusiasm and it’s not because I’m a meathead who thinks lifting going heavier trumps all (ok, there might be some truth to that). It’s because I know that there are mental and physical breakthroughs that occur when you overcome challenges, and lifting heavier is the vehicle we use to do that.

That’s exactly what happened when this group of seniors was challenged. After insisting that 15lbs was too heavy, one lady pressed 10lbs for 23 reps (which was enough to make her realize she could have handled 15). Another lady when asked how hard it was for her to deadlift 20kgs, replied that on a scale of 1-10 it was an 11! Yet she did 5 reps with it and even talked during the set!

Understand I’m not bashing these old folks. They don’t know what they don’t know. That’s what I’m here for – to teach them how to lift and to make them stronger. Sometimes “making people stronger” is more about adjusting their mindset.

I employ a lot of different “mental techniques” when I train people. Visualization, arousal, focus and intensity are all common words you’ll hear me say when I’m coaching. I’ll coax, cajole and charm people into going heavier (this works well with seniors), and I’ll probably razz them too.

Most folks haven’t gone through the “trial by fire” that I did in order to realize what I was capable of. Nor do they have to. What I’m about to describe is not something that I necessarily recommend.

It was in 2001 when I stumbled across the writings of Arthur Jones via the Nautilus Bulletins. Nearly 30 years after they were written, these books made a big impact on me as a young trainee. At the time I was all about bodybuilding with most of my workouts coming from newsstand muscle mags who push more supplements than they do good training info.

The “Blast your Biceps” routines found in these magazines would call for upwards of 30 sets of arm exercises just for a single muscle! It was all about doing more work and never much attention paid to working harder.

Contrast that with Jones’ message of hard work, intensity of effort and training to failure. It was quite the paradigm shift for me and if it wasn’t for Arthur’s brash matter-of-fact writing style, I might have never tried the workouts that he was espousing.

Instead of 30 sets, the Nautilus Bulletins called for 1 set to failure high intensity training, or HIT for short. Full body workouts, 10-12 exercises performed with white hot intensity and no rest in between sets. Vomiting was not the goal, but an effort that didn’t stop even if you did throw up on yourself WAS. An indomitable will… not for the faint of heart.

Somewhere in AJ’s writings about 1 set to failure training he admonished people to not go back afterwards and do more sets. If you had more in you, you didn’t work hard enough he reasoned. Leave the gym and come back in two days and try again. So that’s what I did.

How I learned Intensity

That’s how I learned what true intensity was; quivering in a pool of sweat with an exercise induced migraine laying on the sidewalk outside of Dumbarton Barbell Club. That’s when I learned to go all in and push myself beyond what anyone could possibly ask of me.

Again, I don’t recommend doing what I did, unless you’re young, are really committed to strength training and have impeccable technique. Even then this kind of training is best in small dosages, it is not sustainable in the long term.

You don’t need to give yourself an aneurysm to train effectively, but it does help to know what you’re capable of.

Here’s what you should do

Pay attention to your mindset before lifting. Replace any negative thoughts with positive ones; thoughts of being strong, victorious, focused and intense. Extend this mindset out to the days before your workout too. See yourself as a dedicated, serious trainee who loves all of the “feels” that come with tough workouts.

In the case of these seniors, they all left the workout pleasantly surprised with what they lifted. Many of them kept going back and trying more after what I had initially encouraged them to do.

Of course, I wouldn’t tell them what the weights were until after they were done. The look on their faces having learned that they lifted was a mix of excitement, fear and elation. They were excited for how strong they were, they feared how heavy the weight was and then they were elated because they lifted it. It was the start of finding their strength, and they learned what intensity was.